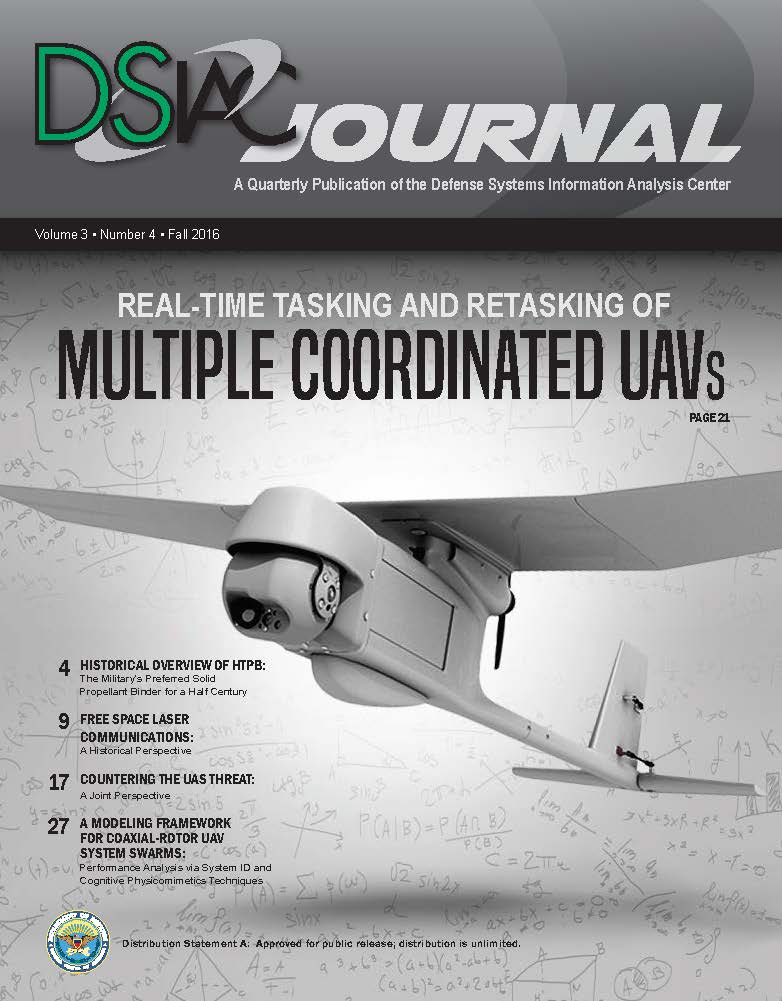 Looking for the proverbial needle in a haystack has always represented one of the greatest challenges to practitioners engaged in the science of finding something.  Historically, this task required the mobilization of resources to make direct visual contact with the subject of interest.  Today, we are in the midst of a technological revolution, not without its controversies, that is facilitating persistent surveillance and tracking of subjects of interest without the necessity for having a “man-in-the-loop.”

But what if the need is to find something quickly over a vast area with little to no advance indication of where one would be searching or what they are searching for?  Take, for example, the case of searching for someone or something that is lost in the wilderness, or even at sea.  By their very nature, such occurrences are highly unpredictable.  Once an incident is reported, assets are rapidly mobilized to “go out and find” the lost person or item.  In this case, it typically involves mobilizing limited assets with observers looking for something that, visually, could be as small as a basketball.  Consider the challenge of successfully covering a massive area, with limited assets, in a relatively short order.

In our feature article this quarter, Marjorie Darrah et al. discuss how teams of collaborating unmanned aerial vehicles (UAVs) can be commanded to autonomously perform a wide variety of complex missions with strongly coupled tasks, such as finding someone or something that is lost.  The authors describe how the reliance on human operators can be reduced with the use of autonomous controllers on UAVs.  Swarms of UAVs can be commanded to fly predetermined paths without the intervention of a pilot, thus minimizing the required amount of flight planning.  Simply put, the operator designs the mission, and the software determines an optimized way to task the assets and provide the ground stations with the waypoints needed to direct the UAVs to accomplish the mission.  This article discusses a small three-plane scenario that could be implemented with, for example, a swarm of Raven RQ-11s.

While the intelligence, surveillance, and reconnaissance (ISR) mission is currently the most widely applied capability for UAVs, it likely won’t be long before rotor-based UAVs are widely augmented with vertical lift payload capabilities.  Not only are commercial companies, such as Amazon, looking to disrupt the home and office delivery business with their plans to deliver parcels with drones, but the Department of Defense (DoD) is also looking to develop and field vertical lift UAVs to support the current mission primarily supported with manned helicopters.

And to complete this issue’s portfolio of autonomous systems articles, we have an article by Lt. Col. Jeffrey Lamport and Col. (retired) Anthony Scotto on countering the UAS threat.  In this article, the authors discuss, from a Joint perspective, several contemporary challenges associated with identifying and managing UAS threats on the battlefield.  And the battlefield is not the only area susceptible to the effects of nefarious UAS operators.  Recent reports in the media suggest even the U.S. Capitol, nuclear facilities, correctional facilities, borders, and sporting venues are susceptible to this rapidly proliferating technology.

Hydroxyl-terminated polybutadiene (HTPB) is a critical material used in the rocket motor industry.  And with a shrinking demand from the DoD, the viability of maintaining an adequate industrial base of this critical material has been a major and growing concern for the Defense industry.  In our energetics article, Dr. Albert DeFusco discusses the 60-year history, current challenges, and the future of HTPB in the defense industry.

In our directed energy article, authors John Maynard and Ralph Teague provide a historical perspective of free space laser communications.  Since the initial development of the laser, the potential for highly efficient high-data-rate communications using the laser has long been recognized.  Free space optical communication using lasers offers significant advantages over radio frequency or microwave systems for both airborne and satellite platforms, for high-capacity trunk links, or for dedicated point-to-point links for high-data-rate sensors.  Communications links using laser beams are inherently private and jam resistant.  The short optical wavelengths allow extremely high antenna gains for establishing links over extremely long distances with transmitters and receivers that are the size of a shoe box.  Nonetheless, after more than 50 yrs since the laser’s introduction, as well as several major initiatives to mature system designs, the development of a full-scale operational free space laser communications link remains elusive, but interest is returning as a countermeasure to electronic warfare.

INTRODUCTION As evidenced by the significant current funding for advanced helicopter technologies [1], as well as the large quantity of technical papers available throughout the news media [2, 3], the Department of Defense (DoD) is…

BACKGROUND As technology advances and the U.S. military touts the advantages of unmanned aircraft systems (UASs) (such as that pictured in Figure 1) for use in combat, a resounding fact is that other countries, terrorist…

BEGINNINGS OF HTPB IN THE DEPARTMENT OF DEFENSE (DoD) For nearly 60 years, and at least two generations of scientists and engineers, hydroxyl-terminated polybutadiene (HTPB) has enjoyed a prominent place in the Defense business. Chemically…

INTRODUCTION Both military missions and civilian applications have led to numerous investigations into using teams of collaborating unmanned aerial vehicles (UAVs) to accomplish a complex mission with strongly coupled tasks [1–26]. Given a team goal,…